Skip to content
Home
Forex Trading
Forex ShareMarket: How to read a Forex Quote System
It's only fair to share...

In a forex quote the numbers are replaced with symbols that represent a countries full name, or, the short version of that countries name to make it easier and quicker to read. So, the United States would be represented by the letters US (or USD), and the currency for Europe, the Euro, would be represented by the letters EUR. If we were comparing those two symbols the forex quote would look like this:

The placement of the two country symbols is important. The country symbol that is listed first is known as the BASE currency and is the stronger currency. This means that it has a higher value than the second country listed. The second country listed is called the QUOTE currency. These two symbols would be followed by a number, and the whole forex quote would look like this:

The base currency is always shown at full value. What this means is that in the fraction that is written (US/EUR) the US is shown as ONE dollar; the full value of the currency. The number that follows after the country symbols is the exchange rate. (87.23). In this exchange, ONE US dollar would be worth 87.23 euros (equal to 87.23cents US). Because each country uses a different name for their monetary system, a forex exhange rate can sometimes seem tricky to read. You only need to know three things: 1) Which country is the BASE currency, which is the QUOTE currency, and what the exchange rate is.

Basically, the first part of the equation is the value of 100.00 (whole) and the amount shown is part of that 100.00. It could be written like this: US 100.00/EUR 87.23 but writing it like this would be writing it longer than it needed to be. The whole point of writing a quote in this way is to show all the information in shorthand so that the trader has all the information that they require in point form. Quick to write, quick to read. Bear in mind that it is faster to read and write 3 rather than three.

The country that has its symbol represented first is presented as whole, equalling 100% of its value (eg: one whole dollar). The following country symbol is represented as PART of the first countries worth of its whole.

In plain English, 100 carrots swaps for 87.23 tomatoes, OR, One WHOLE cake is divided into 100 slices, and the second value is 87 slices of cake and then ONE slice is divided again, 0.23 equals roughly one quarter.

Which one is the highest? If you said AUD you are correct. ONE Australian dollar is worth 97.59 CENTS in US currency. The FIRST country is the WHOLE, the second is the number value given of 97.59

It is also important to remember that where the decimal point is placed is different in reading a forex quote. Usually the . is placed in a monetary system to show dollars eg: $46.36cents BUT in forex quote, the decimal point is used to show the breakdown of parts of the dollar, so when reading a forex quote always remember you are reading the value of cents (or part of the whole countries currency), so, 97.59 means 97.59CENTS and NOT 97.59 dollars!

***Please note that most currency rates (with the exception of the JPY) are quoted with four decimal places and not two. The above example of 97.59 would have another two numbers added to it, like this: 97.5938 This divides ONE CENT into parts by one thousand. The last digit on the quote (the 8 in this example) is known as ONE BASIS POINT. Currencies usually only move by a few basis points at a time. 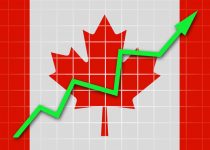 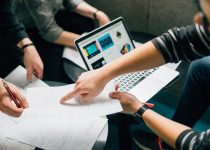