Candlestick charts also known as Japanese candlestick charts have risen in popularity in stock markets and forex exchanges in general and in the major stock exchanges such as Wall Street and London. The candlestick method of charting originated in Japan and was originally used by Japanese traders intent on profiting in the rice market. The most renowned trader of his time was legendary Homma Munehisa. Candlestick charts at the time gave Homma and others a summary of the open, high, low, and closing market prices. Candlestick charting is so popular because the graphs produced are easy to read and understand and the chart patterns provide a fairly reliable tool when it comes to predicting future stock or index prices and as a result make it somewhat easier to buy stocks and actually make a profit.

The genius of Homma Munehisa was that he realized that trading based on the usual signals such as the weather was not the way to success. He therefore began tracking 4 key elements of rice futures contracts:- the opening price, the high price, the low price, and the closing price. These four pieces of market information allowed him to create an image of the action over the trading day that was very easy to grasp. At the time he was able to stay ahead of the crowd and thus make his profits that way. Today however everyone has access to the information provided by candlestick charts, it is therefore important nowadays to understand both the candlestick chart patterns themselves and how other traders are going to react to them. If you can stay just ahead of the crowd in trading that is very good but sometimes just following the crowd is good enough, as long as you know what the crowd is going to do. This is why understanding stock charts is so important for traders.

Homma also devised a system for naming patterns of candlestick charts, such as Doji, Hammer, Harami etc… all of which have a significance.

Candlesticks consist of two components – the body and the shadow (sometimes called the wick). The body shows where the stock or index opened and closed the session, the shadow/wick shows the high point and the low point during the trading session.

Candlesticks like other stock charting systems can refer to any time frame (minute, five minute, hour, day, week, etc.). When a stock closes lower during the trading session, the body of the candlestick is black (or red) when the stock closes higher the body is white (or green).

Creating candlesticks is an easy mathematical exercise, done automatically by the charting software, interpretation of the charts is however somewhat more subjective. When interpreting candlesticks charts, they are usually placed into 4 categories:- two reversal patterns and two continuation patterns.

A reversal pattern in a stock chart is a change in direction of the primary trend, they can be both long-term and short-term. The key thing to note is that they do not happen overnight. Stocks will often test out recent highs or lows a number of times before the trend runs out of steam and is reversed. Reversal patterns can consist of anything between a single candlestick and dozens of candlesticks. Two of the most basic candlestick reversal patterns are the hanging man and the hammer.

Continuation patterns represent pauses in the primary trend. Stock markets do not move up or down in straight lines. They require that stock prices move back and forth between support and resistance before building up enough momentum for the next wave up or down. Determining if the market is consolidating or is starting a new trend is one of the most difficult technical analysis techniques.

The bearish mat hold is a bearish continuation pattern.

It indicates that the stock will continue its previous trend (up or down). Initially the pattern is indicated by a significant trading move in one direction or another, followed by three small moves in the opposite direction. The fifth move then continues the trend of the first move, higher or lower. The key point to note with continuation patterns is that the retracement in the opposite direction of the primary trend must be shallow and the volume should be light. This weak attempt at reversal should then be followed up by a rise in the stock price and an increase in volume as the primary trend is resumed.

There are a very large number of candlestick chart patterns – it is worth nothing however that there are twelve major patterns that are the most used, these are the Doji, the Gravestone Doji, the Long-Legged Doji, the Bullish Engulfing Pattern, the Bearish Engulfing pattern, Dark Cloud Cover, Piercing Pattern, the Hammer, the Hanging Man, Morning Star, Evening Star, Shooting Star – which we shall deal with one by one in separate article. 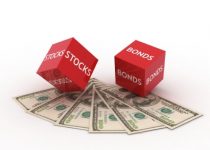 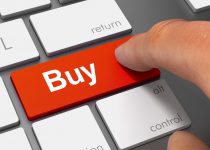 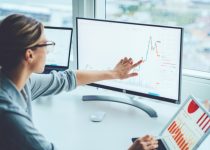