A forex trade occurs when a trader exchanges one currency directly with another. For example, you have EUROs and you trade or exchange them for US dollars. This is known as a currency pair.

In this instance (the above example), you would be holding onto your currency as EUROs and waiting for the US dollar to show (give a signal) that it is beginning to raise in value. If it gives you reason to believe that it will raise in value, you would exchange your EUROs for US dollars. This is how a profit is made trading funds in a forex exchange.

A currency pair is demonstrated in two parts, with both countries symbols represented, separated by a dividing line, eg: EUR/US. This is called a currency QUOTE. A Currency quote shows at what rate the exchange amount is at that time.

The country code in front of the separating line, eg: / is called the base currency. This currency is shown as a whole. This means that it would be equal to ONE currency unit. So, in the case of the american dollar (US) it would look like this: US/

The country code after the separating line, eg: / is called the quote, and can also be called the counter currency. It would look like this: /JPY

This currency quote would look like this: US/JPY and would then be followed by a number like this: 114.48

If this seems confusing to you it helps to remember that all countries use a different method of currency, dollars, euros, yen, pasos, rand… Mathematically they all work out the same way, the are just called a different word. So, if you have trouble understanding it, try it this way. Imagine that BOTH countries use the same word, Like for example Australia and the United States. Both these countries use dollars as currency. If the Australia to United States currency pair showed this: AUD/US 98.55 then ONE australian dollar would be the same value as 98.55 CENTS in US money. When reading a currency pair it is the numbers that matter, and the placement of the countries symbol (eg: US or AUD or EUR). The leading country symbol (the one that is listed first) is the stronger currency (Has a higher monetary value). The numbers show the exchange rate, or what you would get/have if you exchanged/swapped the currency at that time.

Its really no different to swapping anything else. You may have a car that is worth $3000 but you really want your neighbours fishing boat that is worth maybe $2,600 Unless both of these items are converted to cash, you would just do a straight exchange. With currency investing, and still working with the example of the fishing boat, you would exchange with your neighbour because you know the value of the boat is about to raise (for whatever reason) and you can sell it later for $3,500.

All trading on the foreign exchange market is done with a currency pair. You have one currency and you use your money to buy another.

A Quote currency shows you profit or loss in the transaction. It will show based on the amount you are exchanging how much money you will make or loose in the exchange (buying or selling between a currency pair).

Some examples of Major Currency Pairs:

For more info on this subject please see: How to read and understand a forex quote system 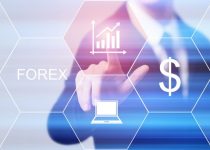 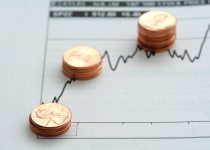 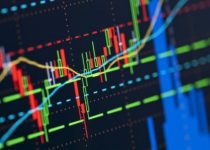