Skip to content
Home
Stock Market Analysis
How to Beat the Market Using by Owning High Relative Strength Stocks
It's only fair to share...

Contrary to what you have probably been led to believe, you really can beat the market using a simple strategy of only investing in high relative strength stocks.

The reason why so many investment advisers claim that no-one can beat the market is because once convinced that you can’t it will be easy to convince you to settle for mediocrity in your investing activities.

Advisers will then place your money in a vehicle that is designed to perform no better or no worse than the market.  This strategy is called buy and hold.  And in the past this strategy worked fairly well – but not anymore.  You take your chances with the market.  Sometimes it’s up, sometimes it’s down.

The argument goes that the stock market will be higher over the long haul so this approach is “better”.  I have several issues with this approach, not the least is the possibility that the market will be down when I need the money!  What would I do then?  How do I avoid selling at the lows or sleep at night when the market crashes?

You can do much better than this!  Here are a couple of articles from well-respected sources that explain this situation further:

Why ‘buy and hold’ isn’t all it’s cracked up to be from CNBC.com
How to beat the market article in the Economist magazine
How leading advisers become locked out of being able to beat the market over the long term by the Wall Street Journal.

These are great insights into the challenges of large fund managers’ ability to beat the market.  However, for smaller investors like that don’t have the effect of changing the market with our own vast portfolio the probability we can beat the market is much greater.

In order to beat the market we need to define the competition.

Most advisors, and especially the media, are extremely fond of reporting how the “market” did today, last week, or whatever length of time fits the need at hand. Usually they are referring to an “index” which is frequently referred to incorrectly as an “average” – but that’s another discussion entirely.  The most common indexes or measure of market performance are the Dow Industrials, S&P 500, and the NASDAQ.  These indexes are usually the measurement yardstick for advisers. It’s easy to see how this works:

It’s the second investing strategy I really don’t like.  If you know the market is in a downtrend then I have to ask the question why would you want to be invested at all? I just can’t get excited when my portfolio suffers an 8% loss – whether or not I beat the market.  That just doesn’t make sense to me.   I’d just as soon be in cash than lose 8%. That’s where market timing and profitable investing comes in.  I’m not content with just sitting idly by and taking what the market decides to give me each year.

So now we have defined the market, let’s discuss how to consistently improve on its performance. Before we get into the mechanics of how to identify high relative strength stocks, let’s make certain we understand the fundamental concepts of this type of profitable investing. Let’s consider an activity many of us understand well and partake in throughout the year in most cases.  Sports.

Even if you are not a sports fan, most of us are well aware of the accounting of the winning record of sports teams.  They are tracked relentlessly regarding statistics such as how many games won vs how many lost during the season.  Teams are then ranked from the best to the worst according to their win/loss record. For example a team that has won 8 out of 10 games is considered a better (and actually is better) team than one who has lost 8 out of 10 games.

Let’s suppose the playoffs are about to start.  Which team do you think will win the playoff (assuming the team with the lowest win/loss record is in the playoffs), the team with a record of 8 and 10 or 2 and 10?  The answer is fairly easy; most people would pick the 8 and 10 team just based on their record. The reason is that the 8 & 10 team has been the winner all season so expectations are high that they’ll continue to win in the playoffs.

It really wouldn’t matter who was on their team, or who their coach was, or where they went to school, or what they might do next year, and so on.  The fact is that they are currently the team with the best record.  This is the fundamental difference between technical analysis vs fundamental analysis when it comes to profitable investing.

Selecting stocks that are beating the market is no different.

If you want to be a successful investor which stocks do you pick, the one with the winning record or the losing record?

We want to be involved with the best teams (stocks) that are outperforming their peers (the market).

In the same fashion, not many sports enthusiasts would pick the team with the losing record to win the playoffs in the off-chance that just at the right time they’d be able to pull one out. The chances are less for a turnaround than a continuation of a winning season by the lead team.

Although few people would bet on the obviously weaker team in sports but many investors take that exact approach when it comes to selecting stocks in which to invest – hoping for a turnaround. Profitable investing take the same approach as sports – invest in the stocks with a winning record and sell them when they stop winning. Except we aren’t going to play the game when the when the odds are stacked against us, we’ll take a time out.

If you always own stocks that are beating the market you’ll beat the market!

This equation is calculated with the stocks and the Wilshire 5000 closing price for each trading period of interest, i.e. daily, weekly, and monthly.  The result over a number of closing periods is a line that can be plotted with the stock’s price.  Because the equation generates a ratio there is not a scale that needs to be used.  The numbers are relatively meaningless – it is the direction of the series on numbers that matters.

The 80/20 rule and the relative strength investing

The accompanying chart is a representation of all the “trades” taken in the stock market.

If you just picked stocks blindly some trades would turn out to be large losers (the kind you want to jettison quickly, see the articles on how to sell stocks.   Many trades would turn out to be mediocre.  They don’t go up much and they don’t go down much.  After a while you would do better to sell these types of positions and invest the funds elsewhere.  And some trades turn out to be large winners – the kind you want to keep and potentially buy more of, see articles on how to buy stocks.

The concept is that relative strength investing naturally pushes investments to the right of the diagram – the large winner area – where the vital few trades reside.  You must take steps to increase the possibility of capturing these large winners – the 20% of trades that will create 80% of your success.

It’s extremely important to understand that it isn’t so much the number of winners vs losers that matters.  It’s the size of the winners that matters more.

Using profitable investing strategies based on high relative strength stocks you can expect that out of 10 investments, 8 (or 80% of them) are trades that don’t work out for some reason or another.  Two of them (20%) go down 1% before your stops are exercised (other articles discuss how to size your trades for a risk limit no greater than 1% risk each).  6 of them result in small gains (we’ll ignore these 6 in this example).

Using high relative strength strategies you would expect the remaining two trades (20%) to be big winners – sometimes doubling in value before a sell stop is exercised.

Let’s do some very conservative math on a hypothetical $100,000 portfolio of 10 investments or $10,000 each (we’ll ignore the 6 trades that result in a small profit and only assume the big winners go up 50%).

Those 10 investments yield a $9,800 gain with 2 winners and 8 trades that didn’t work.  This is the 80/20 principle in action.  And all you need to do is stay invested in stocks that are high in relative strength to beat the market consistently.

You can see quite readily that relative strength investing keeps you focused on the big winning trades and keeps you away from the large losing trades.

High relative strength investing is the only way to consistently beat the market at its own game. 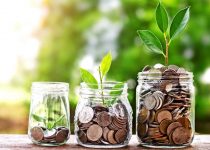 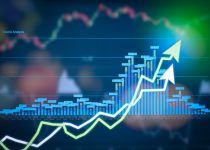