Skip to content
Home
Learn Stock Trading
4 Social Media Stocks to Keep an Eye on
It's only fair to share... 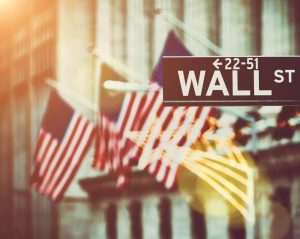 Facebook is undoubtedly the world’s largest social media site. It receives over 1.84 billion users every month. The company also owns Whatsapp and Instagram which only adds to its number of users even more. These have 1.2 billion and 600 million users respectively. The facebook Messenger app has more than a billion users. With so many users, Facebook is able to reach very many people all over the world. This is why many advertisers choose Facebook as their preferred medium of advertisement. It is actually the second largest display ad company. With this revenue from advertising comes money into the pockets of investors.

In 2016, the number of monthy active users increased by 17% while the $8.8 billion revenue was 51% higher than the years before.

In 2017, the Zuckerberg led team is introducing new ad products, making video ads better and the number of users rising. These strategies combined with the existing ones are expected to improve the revenue by 37% and the earnings by 28%. This gives it very good prospects for the future and should definitely be watched.

The best part about Facebook stocks is that they are not expensive. Its trailing P/E is 21 and while the forward P/E is 40.

This is a Chinese microblogging platform that is at times referred to as the Twitter of China. It mixes the best of Twitter with the best of Facebook and Reddit. There are many celebrity powered account but users still get to have threaded conversations and create groups based on their interests. 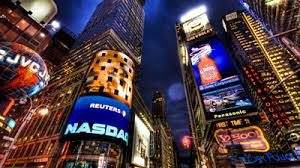 Weibo’s largest shareholder is Sina while the second largest is Alibaba. Other people can buy shares of this social media platform as well. Why should you invest in Weibo?

The company is growing very fast. In 2016 its total revenues grew by 43% to $212 million from the previous year. The GAAP net income increased by 125% to $43 million while non-GAAP earnings increased by 134% to $77 million. This made Weibo one of the fastest growing social media platforms.

This year, Wall Street expects Weibo to grow its revenue and non-GAAP earnings by 51% and 62% respectively.

How much does the stock currently cost? The forward P/E is 39 which though expensive, it is worth a try if its growth is anything to go by.

This company was also known as MeetMe. It has many social media apps like Skout, hi5, Tagged and MeetMe all of which are integrated. In the first quarter of 2017, the company registered an increase in Mobile daily active users by 75% while the total users increased by 87%. There are a total of 8 million users with 2 billion accessing the apps daily. Users spend on average 40 minutes online and each watches about 23 minutes of video content a day.

On first glance you may want to compare this smalls social media company with the likes of Facebook. However, this one is smaller but the growth that is has shown and what is expected is tremendous.

The first quarter of 2017 brought in $20.1 million in total revenue with the mobile revenue growing by 61%. The management of the company predicts that the revenue will grow to over $30 million in the second quarter and $128 million for the whole year.

With the company saying that it will spend 20% of this year’s revenue on marketing the number of users is likely to grow more and the revenue as well. The future is bright for this social media stock. 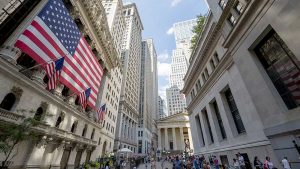 This company is the owner of many popular dating sites and apps like PlentyOfFish, OKCupid, Match.com and Tinder. Tinder is the biggest among all these with over 50 million users. Last year it accounted for 92% of the company’s revenue.

In the last quarter, the number of paid member plans per month rose to 5.7 million and the total revenues increased by 20%. Experts predict that in 2017, Match Group will see a rise of 8% and 11% in revenue and earnings respectively. That growth may seem a bit slow but it is because the company is selling everything they own that id not for dating. When they concentrate on the dating apps and sites, you can expect a revenue that will grow by over 20% in 2018.

As for giving you value, Match Group is one of the best choices with a forward P/E of 15 and trailing P/E of 25. 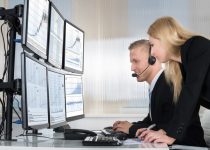